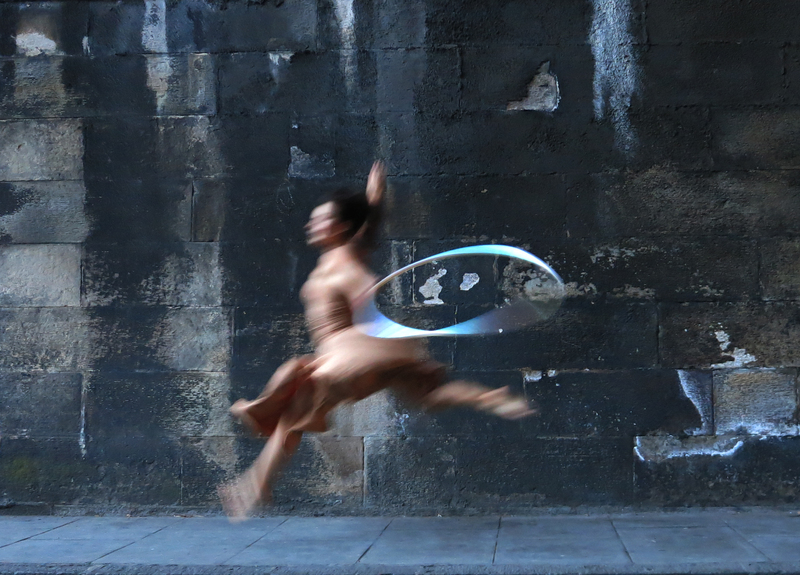 JUSZTINA HERMANN is an Edinburgh based performance artist and director.
In her work she combines the diversity of performing arts such as dance, physical theatre, circus, puppetry, visuals, and live music.
As a dancer she has been training/working with Lina Limosani, Fleur Darkin, Christiana Casadio, Emma Jayne Park and Yael Karavan in contemporary dance, Imre Thorman, Lindsey John in Butho and Roberta Beakbane in Tribal Fusion.
She started training circus in 2000 by now she is an internationally known teacher and performer.

Jusztina is artistic director of Delighters, an Edinburgh based performance company established in 2008 focusing on mixed artform performances. The company is internationally renowned of their Fire Theatre shows and innovative performances.

She has been directing and mentoring performances internationally since 2002 as well as devising/directing her own work. She worked with companies such as Festa Del Fuoco Ensemble(I), CircusTheatre Productions(H), Firebirds(H) as a movement director; Circonnection, ENCI, s performance mentor and co-created work with Iron Oxide, LUXe, Rowanbank and Jabuti Theatre.
Jusztina directed the end of year showcase of the Diploma in Physical Theatre Practice Course in 2017.
She was assistant director on Paper Doll Militia’s new show Warped (first phase 2018, currently in development).

You can see her performer showreel here: https://www.youtube.com/watch?v=HFGZUYOeAi0