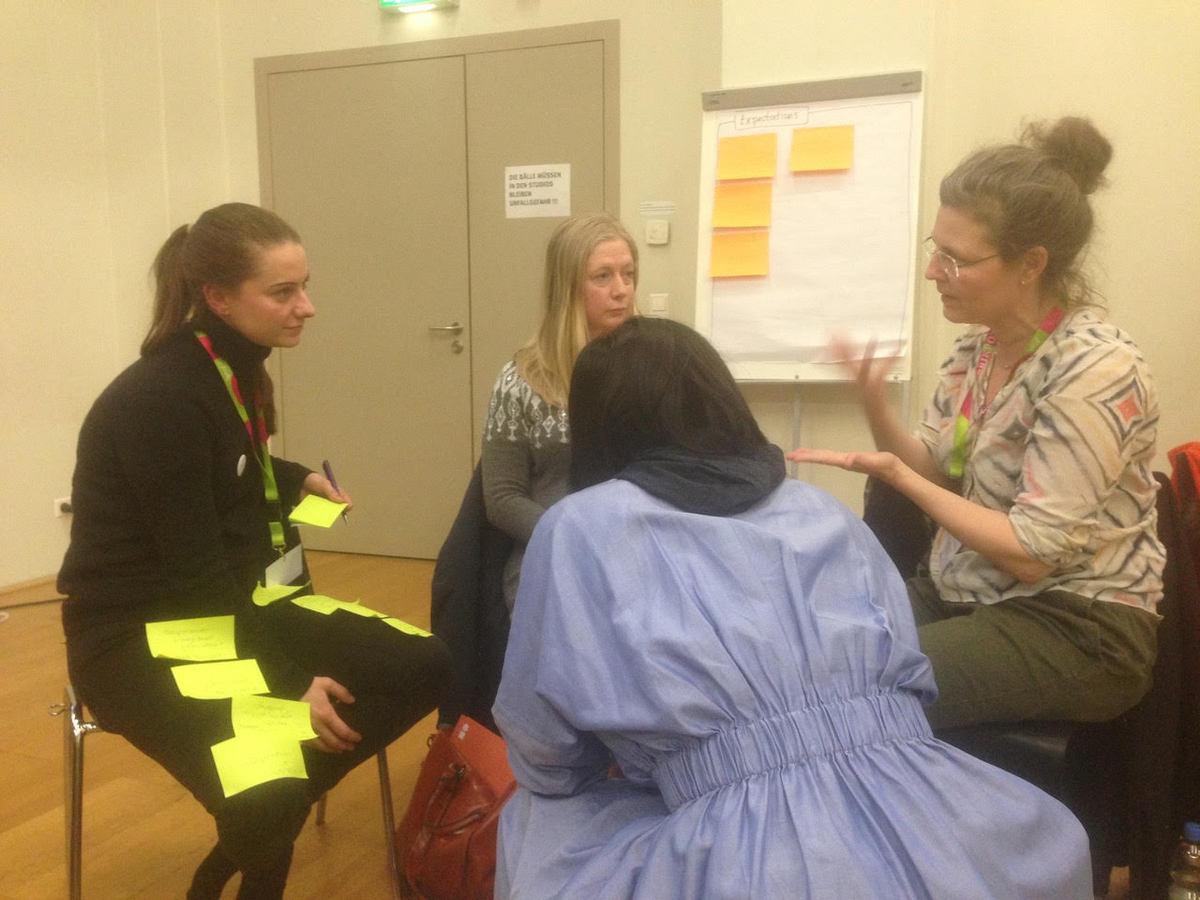 For a long weekend in January, Sara and I had the pleasure of attending our first Kedja Network meeting as representatives of TWR, it’s artists and the wider Scottish dance sector. Firstly, a bit of background on Kedja…

Kedja is an informal community and a network of professionals, from across the Nordic, Baltic and European regions, dedicated to the sustainability of dance. Kedja partners are defined based on presence and trust rather than contracts and membership. Kedja aims to create open and inclusive spaces for artists and organisers to get together and present ideas, have conversations and initiate practical actions based on common goals, challenges and visions. Kedja is a think tank as well as an action group.

In 2015, Kedja partners collaborated to produce a report which made recommendations for sustainability and that was addressed to policymakers on regional, national and international levels as well as to the dance community. You can find the report here.  Previously, Kedja partners were mainly from Nordic and Baltic regions, so the report was based on the dance sectors there, but naturally it resonates for us here in Scotland too.

The Potsdam meeting was facilitated by Joos Van Den Dool (Fabrik Potsdam, Vision in Form) and we spent the first afternoon and evening connecting with and getting the know the other participants. You can find a list of everyone who was at the Potsdam Kedja Network meeting here .

Personally, what was fantastic about attending Kedja was the opportunity to get to know some inspirational people and learning about their work and practice. Being in an informal environment of international dance professionals and discussing our experiences and ideas is encouraging, supportive and affirming to say the least. The value of these kind of opportunities is unquestionable for me and other artists and producers, in connecting with organisers and institutes and building those relationships. The ratio of artists, organisers and institutes was somewhat equal and there wasn’t a feeling of hierarchy. However, it is also without question (and this was pointed out quite clearly) that the power lies within those organisations and institutes who have the means to take responsibility for making sure artists are present. This was refreshing to hear. It was an all-round, influential and thought provoking experience that has raised my future ambitions, creative thirst and has left me with a feeling of courage and a whole new network of contacts and support.

Dr Manuel Rivera from the Institute of Advanced Sustainability Studies, gave a lecture responding to the report and giving us his perspective on ‘useful metaphors for guiding artistic practice’. Manuel spoke about durability, resilience, the need for deceleration and embracing failure. He spoke about the problems with innovation and the perception that the new is more evolved. He spoke about the environmental crisis, the north-south conflict and encouraged global thinking, going beyond and out with local. The word ‘justice’ (defined in this context as fairness and equal opportunities) came out as imperative to sustainability along with diversity. Futurisation, making the future present, another. All very interesting and thought provoking.

After the lecture and for the following two days of discussion the ‘Open Space’ format was used. I felt open space was a great way to explore each participant’s interests and topics in an informal yet productive and well documented way. theme was ‘Kedja’ and we could contribute any topics related to that. Some of the topics/projects/ideas that were explored were;

Writing about dance to the audiencecommunicating dance.

Supporting artists to connect with programmers and touring networks

What about the audiences?

It was also brilliant to get to experience Made in Potsdam Festival - which is hosted by fabrik Potsdam and Kunstraum Potsdam . The festival presents a selection of local and international artists, who have developed work in Potsdam. We got to see a selection of work including Bára Sigfússdóttir: 'Being' - german premiere, Jara Serrano: 'In andere Händen, in anderen Körpern' - a choreographical guided tour in a former GDR prison in Potsdam and David Brandstätter & Malgven Gerbes/shifts: 'Yes No Maybe' - German premiere.

I would like to send a massive THANK YOU to The Work Room for inviting me to attend. Really looking forward to exploring the possibilities for further Work Room engagement with Kedja, and potentially hosting an event in Glasgow in 2021.