Some thoughts on rural touring 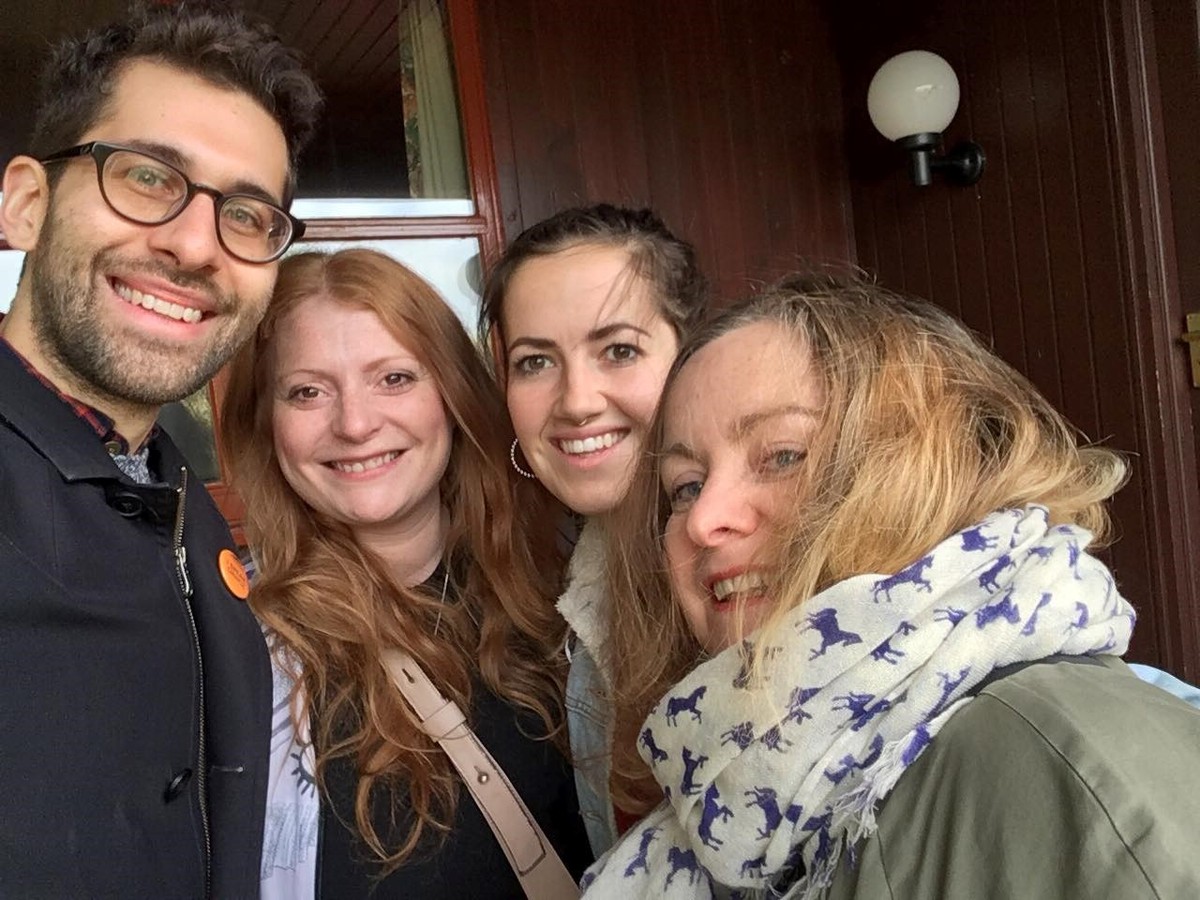 Recently, I was fortunate enough to travel with The Work Room to The Gathering, a yearly industry weekend around rural touring run by The Touring Network. I've been interested in rural touring for a while, but unsure how my work might function in that context. My perspective is admittedly limited. I'm a life-long city boy. At The Gathering, I was a keen outsider. I wanted to learn about the potential faux pas in the ways I think and talk about rural touring. I suspect that many of you are in the same boat: you'd like to take your beautiful creations outside of the Central Belt, but don't know how that might happen and don't know when you might be putting your foot in the proverbial rural cowpat. So I thought I'd write this little blog to share a couple lessons I found useful and surprising. Here goes:

Lesson 1. Rural venues are up for your weird art. One morning at The Gathering, we crunched into Rafford Village Hall with promoters and programmers from rural venues, producers and other artists to watch snippets from several shows that are hoping for a rural tour. I'd heard a bunch of rumours that programmers were averse to dangerous art-y things like swear words or disruptions to narrative form. The showcase was a real mix of work, from a whacky re-enactment of 'The Wizard of Oz' to a very challenging piece about teenage anxiety. Like a mischievous spy, during tea break I put on my innocent face and went around asking promoters which piece they'd most readily program. And yes, the safe stuff popped up a lot. But it was usually with an eye roll. And then they'd add, 'But what I really want is that piece about anxiety.' It became really clear to me that it's not the content of non-traditional performance that fatigues rural promoters so much as how we package the art. A frequent complaint from promoters, for example, was 'The flier doesn't make any sense! The photo is abstract. The copy is like a tone poem. My audience will never buy tickets to this.' We artists (or our producers) need to get better at representing what the piece is. Put simply, if it's a dance piece, show people dancing. And say it. That might seem like it cheapens the art, but if you really want to get it out there, I think it's a small price to pay.

Lesson 2. Rural venues are not just for presenting but for making. I highly recommend doing a bit of research around the new Braw project, of which The Work Room is a partner. This is a project that seeks not just to tour work to rural areas that has been made in cities for urban audiences, but rather to make work in conjunction with rural venues and organisations, so that the making process might change, not just the poster. I was particularly interested in the experiences shared by Vanishing Point, who have been making a music-theatre work on the Isle of Eigg. Those of you who know Vanishing Point's work will be familiar with its visual dynamism, a scale and precision that would be simply impossible in rural venues. What have they been up to on Eigg? They've created a beautiful little gig show that can be performed in pubs around the country. And because they've made it from scratch in a rural community, it feels not like a reduced version of an ideally bigger show, but rather like a gem in itself. Through the poetry, our mind creates the visuals. It's a show that people will come to not because, as a Glasgow audience might, it's a new Vanishing Point show, but rather because it's what's happening at their pub.

Personally, I'm really excited by the possibilities of making work outside of the city, not just touring it after it's made. But this one's up to you. You may like making work in an urban context. This is me sticking my foot in it, but I'll admit that I've not completely resolved how devising work outside of urban areas would square with getting artists who are 1) diverse and 2) at the top of their game. I recently spoke to a director who went from running a rural venue to an urban one. She admitted that the caliber and diversity of artists that she could get at the urban venue was greater. And this was a very shiny, well-known artist who I'd assumed could pick whoever she liked. How is little old me gonna get people away from their flat whites and Netflix, away from their families, to create something great in a barn in the middle of nowhere?

I'm thinking on that right now...