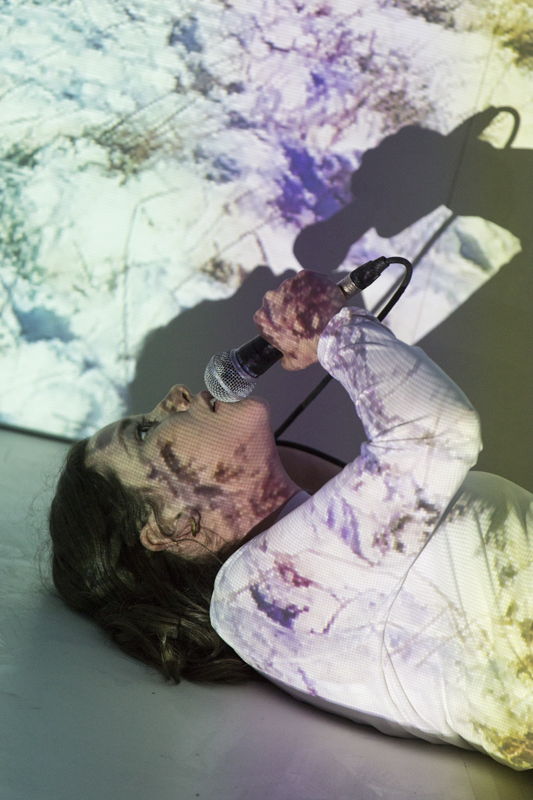 Sinéad works primarily in live performance, movement, vocal scores and moving image. Deeply rooted in her practice is the desire to explore our relationship with the land in the midst of spiralling ecological devastation. The interconnected systems of patriarchal and ecological destruction have resulted in a need for womxn's resistance and exploration of the spaces that are being eroded. We urgently need spaces to contemplate; to gather ourselves, our thoughts and move forward. Sinéad is finding her own cathartic rituals through performance as a way to approach this collective sense of loss as well as her, and her collaborators, individual experiences of grief. Sinéad rejects patriarchal methods of working, seeking alternative means through which to comprehend the ecological crisis from a female perspective.

Sinéad Hargan is a Scottish artist and recent graduate of B.A. (Hons) Contemporary Performance Practice from the Royal Conservatoire of Scotland. She has presented performances at Embassy Gallery, Edinburgh and Into The New Festival, The Pearce Institute, Glasgow. She has also shown film work at Embassy Gallery, Paper Mountain as part of Fringe World Festival 2019 in Perth, Australia, Central Scotland Documentary Festival and Cardiff Dance Festival. Sinéad will be presenting her degree show piece, I Just Go On and On and On as part of Cryptic Nights 2020 at the CCA with support from Cryptic’s Cove Park Residency. She is supported by a BANNER Graduate Award 2019