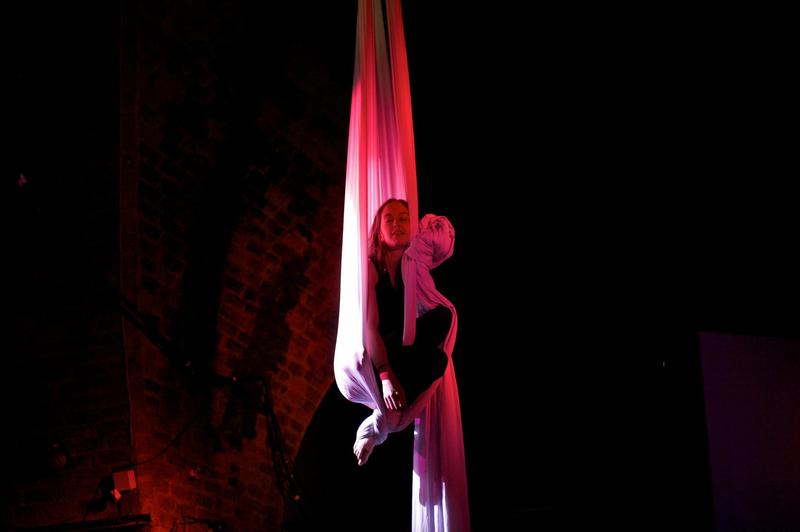 Sarah is a performer, theatre maker and budding movement director.

She studied at the Royal Conservatoire of Scotland and is also an aerial artist and has been doing aerial for the last nine years. She has performed as an aerialist in a range of projects from theatre productions to outdoor events and also teaches on a freelance basis with All or Nothing Aerial Dance. As well as her work as an actor and aerial artist, Sarah is also a freelance drama facilitator working with youth theatres and colleges and her facilitation work is often predominantly movement-based.

Sarah is in the process of developing her own solo show involving aerial work and is also keen to build up her experience in the world of movement direction. She is particularly interested in movement direction for performance work involving circus, as well as in theatre.

Having worked with some very inspiring movement directors and choreographers over the last few years as a performer, Sarah is excited to learn, grow and maintain her physical practise, explore creatively working with other people's bodies and being to carve out her own path as a movement director.